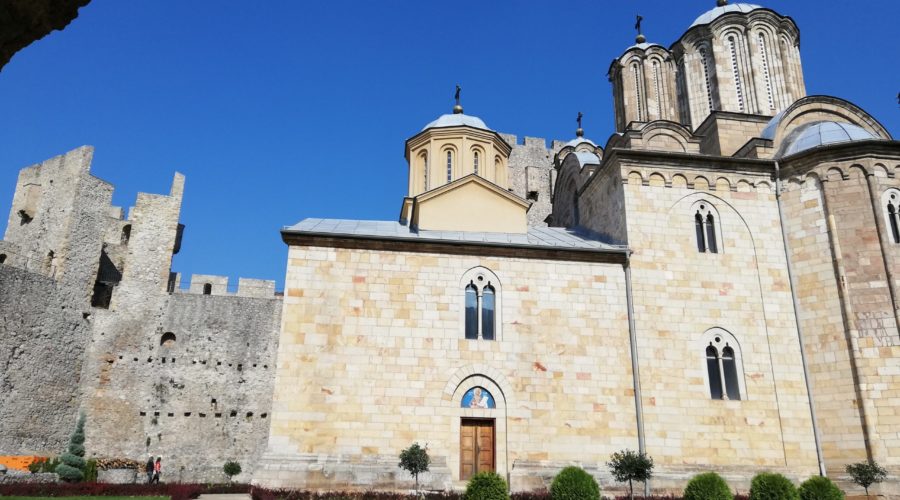 The most beautiful Monasteries in Serbia

The history of Serbia has experienced both great and sad days, and many of their beautiful and exquisite monasteries has been in the center of all of these. We would now look at these monasteries from the territory of Kosovo up the hill to Vojvodina, these are the outstanding and most beautiful monasteries in Serbia.

It is nearly impossible to talk about a beautiful monastery in Serbia without the Studenica Monastery beeping rapidly on the radar. Having been founded in the 12th century, this is said to be the most beautiful and outstanding monastery in Serbia. It is located close to the Ibar gorge, this beautiful monastery is a deep image of the medieval architecture of Serbia. This turned out to be more beautiful with it the church of the virgin, and the church of the king encompassed behind its walls, both built using white marble. The founder of the Serbian kingdom Nemanja Stefan and his wife Ana both have their crypt there. If you are going from Belgrade to Kopaonik Ski resort you can visit Studenica because it is just 12 kilometers from the main road from Kraljevo to Kopaonik.

The rich history that the Žiča monastery in Serbia can be said to be a mini version of the Serbian orthodox church. The whole nation cherishes the monastery as a great symbol of their history, if Studenica is considered the Serbia gem of architecture, then Žiča is the glory of Serbia history. The people of Serbia holds the Orthodox monastery as a symbol of inspiration and faith. The great coronation of the seven Serbian kings was conducted in this monastery. Between the years of 1206 through 1220, this monastery was built with Stefan and Saint Sava as the founders. The idea they had was to create a sacred place that would be a center for spirituality and future coronations. It is said that the monastery was always open to the kings, so they have access anytime, and the gate undergoes a restructuring whenever the rulership of a king ends. The Zica monastery has always been a place of faith and inspiration for the people of Serbia, and for anyone seeking peace, therefore it became a target of treasure bandits and enemies looking to exploit or harm the Serbia nation. With threats from the ottomans, and in 1941 when Serbia was occupied by the Germans, the monastery was set ablaze and was later restored a decade afterward, another attack was suffered in 1987 with an earthquake. Ever since the 13th century, the monastery has constantly been painted red as an expression of their deep struggle and hardship suffered in the past. The dramatic red of the monastery sets it apart from the others on the Kings Route. Serbian Kings weren’t considered official until they had been crowned here, and Žiča was also the seat of the Serbian Orthodox Church for the first 34 years of its independence.

The historical background of the Manasija is not known. Its Foundation Charter isn’t safeguarded, sources are rare, and there is so little data that it is difficult to decipher more than 500 writer’s long stretches of “excruciating executions, servitude, and last plunder.” Life in such troublesome and wicked eras – when, in the late spring of 1790, the Turks welcomed around 200 Serbs to gather together and worship at Manasija, only to deceive all and put them to death. This cruelty left profound scars of devastation. There was no more possible to maintain the monastery which then led to the monastery to be ravaged, consumed, and obliterated. Turks utilized the religious community as a fortress and the used the church as a stable for horses. The most simple however partly complete and inadequate information about the development of the manasija monastery were recorded by Constantine the Philosopher “of Kostents” in his composition from 1432-1433 about the life of Despot Stefan Lazarević. The Despot’s account was found in 1884 in the Zograf Monastery on Mount Athos. This account is considered an extensive, vital and reliable historical background of the Serbian history of the Serbian people.

Resava, early called Manasija – most likely because Despot Stefan, inferable from his rich abstract style, was classified “second Manasija” (after the Byzantine writer Constantine Manasija from the twelfth century) – is referenced in our medieval narratives and records, far separated in time and containing a handful of data, based on which it is difficult to unequivocally exhibit life and work in the religious community, its sufferings, and recuperations. Day-Trip to Mansija Monastery and that part of Serbia is one of the most popular tours from Belgrade.

The Sopocani Monastery is referred to as the Medieval Monastery of Serbia, it is located 16 km west of Novi Pazar, it is close to the Stari Ras, and it’s close to the spring of Raška River, this monastery is the main focus of the Serbian Medieval State. Sopoćani Monastery is the grand gift of King Uros I (1243-76, the child of the King Stefan Prvovencani the First-delegated and Ana Dondolo, Venetian princess). In the medieval era, it was known as the Sopot Monastery. Shortly after the clash with all the Turks in Kosovo Polje (1389), Sopocani Monastery suffered serious damage had to be restored by the Serbian Despotate when specific changes had been done and special attention was paid to the strengthening of its fortifications. At the start of the century that is 16th Monastery had been without the lead roof while the narthex was partially damaged.

The Raca monastery is located just next to the Raca river, in the proximity of Bajina Bašta, there is Raca Monastery. Raca Monastery was built in the mid-13th century as a possible endowment of the Serbian King Dragutin Nemanjić, who later became a monk called Teoktist. Raca Monastery was destroyed by Turks in the late part of the 17th century, and since then it has been restored and demolished more than once. The recent day Monastery church, devoted to the Ascension of Jesus Christ, ended up being reconstructed in 1795 having Saint Achilles’ church in Arilje as a model. The church of Raca Monastery is built of limestone and provides an effect of a craft that is accurate as it is a close replica of the old Serbian Raška school of design. The iconostasis and fresco paintings of the Raca Monastery have got all features of church paintings which had their roots in the post tradition that is byzantine but also by western art college. In a guest-house that is brand new, there is Raca Monastery Treasury where visitors can appreciate the manuscripts and copies dating from the 17th and the 18th hundreds of years.

Aside from the aforementioned, Serbia is endowed with a host of other jaw-dropping, beautiful monasteries worth your time while visiting. They include Visoki Dečani monastery, Mileševa monastery, Gračanica monastery, Đurđevi Stupovi monastery, and the epic Krušedol monastery 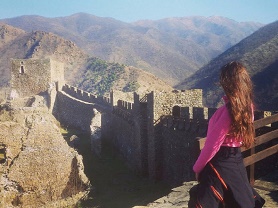 The 9 Most Beautiful Fortresses in Serbia

If you love to see incredibly structured fortresses and castles, Serbia is a great place for that. The country is

If you are having any questions, please feel free to ask.

Drop Us a Line

Any cookies that may not be particularly necessary for the website to function and is used specifically to collect user personal data via analytics, ads, other embedded contents are termed as non-necessary cookies. It is mandatory to procure user consent prior to running these cookies on your website.